The Lightness - The Borough Press 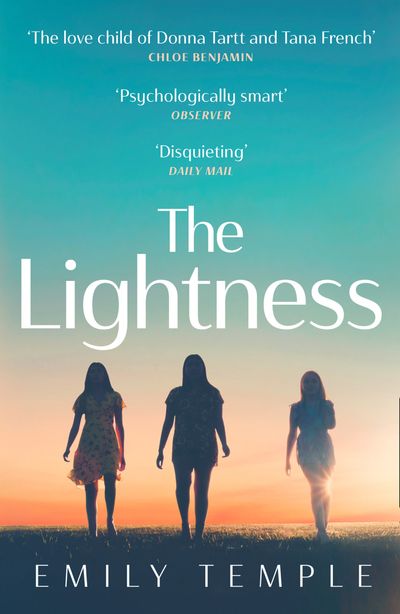 One year ago, the person Olivia adores most in the world, her father, left home for a meditation retreat in the mountains and never returned. Yearning to make sense of his shocking departure, Olivia runs away from home and retraces his path to a place known as the Levitation Center.

There, she enrolls in their summer program for troubled teens, a ‘Buddhist Boot Camp for Bad Girls’, and finds herself drawn into the company of a close-knit trio of girls determined that this is the summer they will finally learn to levitate, to defy the weight of their bodies, to experience ultimate lightness.

But as desire and danger intertwine, and Olivia comes ever closer to discovering what a body – and a girl – is capable of, it becomes increasingly clear that this is an advanced and perilous practice, and there’s a chance not all of them will survive…

‘A beautiful meditation on meditation…populated with girls who refuse to act the way they’re expected to; who have too much passion, too many feelings and nowhere to put them’ New York Times

‘A disquieting and astute reflection on desire, truth, friendship and the siren call of weightlessness’ Daily Mail

‘This remarkable novel is made up of equal parts desire and dread’ Garth Greenwell, author of What Belongs to You

Author: Emily Temple
Format: Paperback
Release Date: 10/06/2021
Pages: 288
ISBN: 978-0-00-833268-6
Emily Temple holds a BA from Middlebury College and an MFA in fiction from the University of Virginia, where she was a Henry Hoyns fellow and the recipient of a Henfield Prize. The Lightness is her first novel.Her fiction has previously appeared in Colorado Review, Electric Literature's Recommended Reading, Indiana Review, Fairy Tale Review, Sonora Review, Sycamore Review, No Tokens, Territory, and elsewhere. She was named a finalist for the Calvino Prize by Robert Coover. She is a senior editor at Literary Hub and lives primarily in a queen-sized bed in Brooklyn.