The Road to Reckoning - The Borough Press 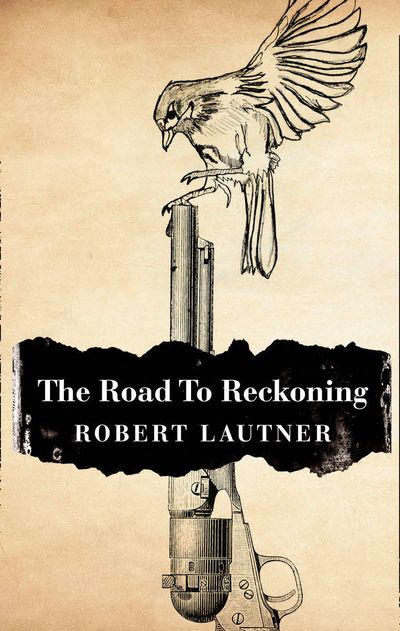 The Road to Reckoning

A novel that hits right to the heart of fans of Cold Mountain and True Grit. Set in 1837, this is the remarkably poignant story of 12-year-old orphan Thomas Walker and his treacherous journey home through the wide open lands of America.

‘I, to this day, hold to only one truth: if a man chooses to carry a gun he will get shot.
My father agreed to carry twelve.’

Young Tom Walker cannot believe his luck when his father allows him to accompany him on the road, selling Samuel Colt’s newly-invented revolver. They will leave behind the depression and disease that is gripping 1830’s New York to travel the country together.

Still only twelve years old, Tom is convinced that he is now a man. Fate, it seems, thinks so too …

On the road west the towns get smaller, the forests wilder, and the path more unforgiving. A devastating encounter cuts their journey tragically short, and leaves Tom all alone in the wilderness.

Struggling to see a way home, he finds his only hope: ageing ranger Henry Stands, who is heading back east. Tom’s resolve to survive initiates an unlikely partnership that will be tested by the dangers of the road ahead, where outlaws prowl.

Author: Robert Lautner
Format: Hardback
Release Date: 30/01/2014
Pages: 240
ISBN: 978-0-00-751131-0
Robert Lautner was born in Middlesex in 1970. Before becoming a writer he owned his own comic-book store, worked as a wine merchant, photographic consultant and recruitment consultant. He now lives on the Pembrokeshire coast in a wooden cabin with his wife and children.

The Road to Reckoning

A novel that hits right to the heart of fans of Cold Mountain and True Grit. Set in 1837, this is the remarkably poignant story of 12-year-old orphan Thomas Walker and his treacherous journey home through the wide open lands of America.