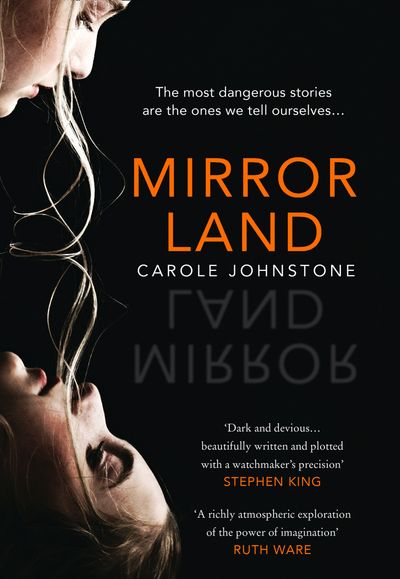 One twin ran. The other vanished. Neither escaped…

DON’T TRUST YOUR MEMORIES
To find her sister, Cat must return to their dark, crumbling childhood home and confront the horrors that wait there. Because it’s all coming back to Cat now: all the things she has buried, all the secrets she’s been running from.

‘AN ADDICTIVE SLICE OF GOTHIC’ i paper

READERS ARE FALLING IN LOVE WITH MIRRORLAND…

‘An adult fairy tale, a domestic noir and a heartbreaker, all in one’ Rebecca W

Author: Carole Johnstone
Format: Hardback
Release Date: 15/04/2021
Pages: 416
ISBN: 978-0-00-836138-9
Carole Johnstone’s award-winning short fiction has been reprinted in many annual ‘Best of’ anthologies in the UK and US. She lives in Argyll & Bute, Scotland, with her husband. Mirrorland is her debut novel.